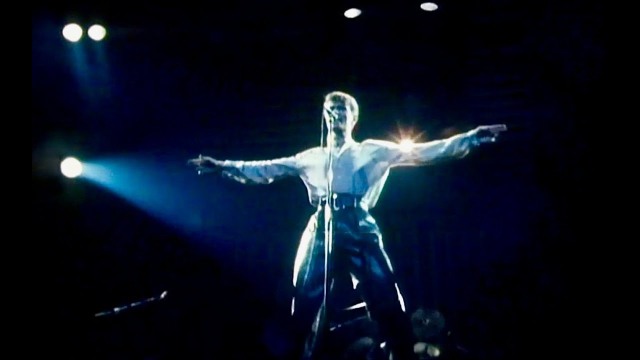 It had been barely two years since I had last seen Bowie, on the Isolar / Station to Station tour. During that time he had released another two albums which had changed the musical landscape, Low and Heroes. Simultaneously, punk had arrived in the summer of 76, just after Station to Station, and by 78 New Wave was in full flow with Magazine’s Real Life released in the summer, and Visage and Tubeway Army gigging. From being at risk of being a Rock Dinosaur, Bowie was ahead of the game, again. 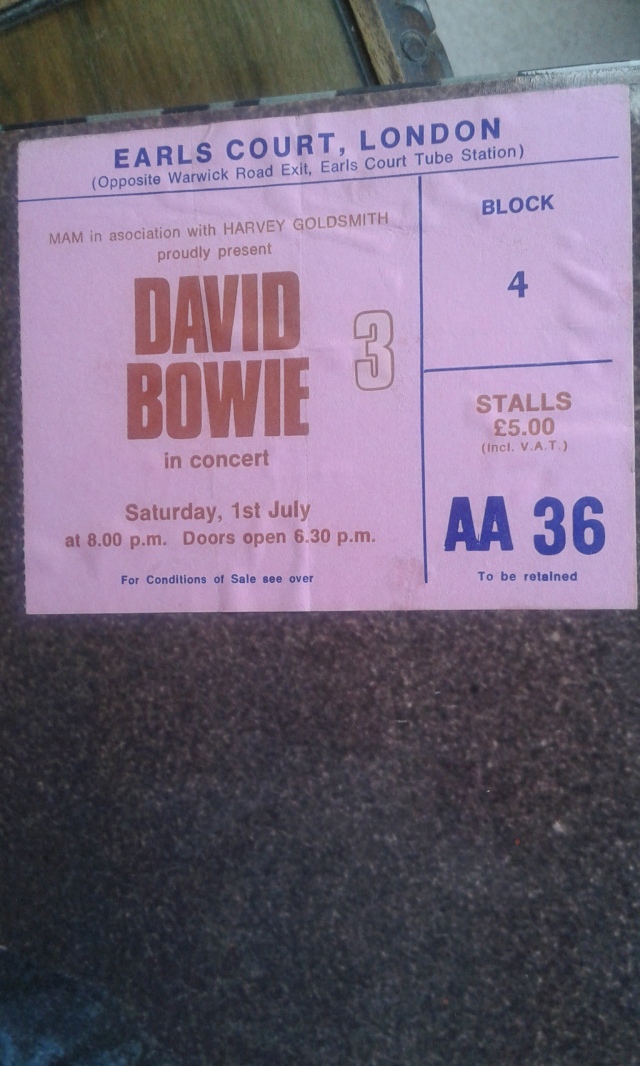 When Bowie had played Earls Court in ’73 it had been organisational mayhem, and musical farce, with an inadequate sound system, and below par staging. His triumphant Wembley Empire Pool shows had righted the memories of that wrong, with all three shows for this Earls Court run selling out immediately. I was not a fan of Earls Court, it was a poor auditorium acoustically, badly laid out for rock shows, but conveniently located in central London.

I rarely take in more than one show at a venue, or tour. When I do, I am invariably struck by how different they are. This was no exception. By coincidence my seat was in an almost identical position for both nights, front row of an elevated side stand, around 50 feet in front of the stage. Strip white lighting, evolved slightly from the Isolar 1 tour worked impressively on a set empty, save for the musicians and their instruments. He was probably still paying for the extravagant Diamond Dogs staging! The view was superb.

This tour was the first outing for Low and Heroes, albums which had delighted, infuriated, mesmerised and alienated his fans in equal measure. The first half of the show, which was divided into two sets would showcase those albums, new material previously unheard live before. It was a bold move.

Even bolder was opening with “Warszawa”, a brooding, beautiful, melancholic instrumental to a crowd desperate to celebrate their hero’s return. “Warszawa”, teasingly then segued into “Heroes”, a song that had not yet gathered the kudos to acquire its subsequent iconic status. Nothing can touch the album recording of “Heroes”, Eno’s masterful production and treatments, Fripp’s inspired guitar work create a sonic treatment impossible to replicate live. But that night the song came alive as I have rarely seen it since. Dennis Davis’s drums thundered behind Bellew’s lead guitar lines, Roger Powell and Sean Mayes on keyboards and piano, and Simon House on violin delivered an alchemy quite different from the recorded version, but one which exuded muscle and energy.

In fact, the whole first half came alight, the new songs, together, made sense, with “Blackout” in particular an absolute highlight, and not at all in the shade of the previous “Jean Genie” played as the only old song in the first half to keep the fans onside. It was a mesmerising set which had Bowie beaming as he left the stage for the interval.
The second half “Ziggy Sequence” was conceived as a reward to the fans for the new first half material. However strangely, the second half failed to ignite. It was almost as if the brilliance of the first set had made the second one redundant. Of course it was good, but somehow the heights of earlier were not scaled. A closing one two of “Stay” and “Rebel Rebel” sent the fans home happy, but remembering the earlier part of the evening, not the latter.

The last night inverted that experience. The first half was good, with “Heroes”, “Black out” and an extra “Sound and Vision” again amongst the highlights, but somehow the magic of the first night was missing. Everyone now knew that the second half was the “Ziggy section” and as the lights went down, several spontaneous surges saw fans from the terraced tiers flood the arena floor, such that as Bowie returned to the metronome beat of “Five Years” he was greeted with a heaving, frenzied,  mass stage front. And it took off. “Soul Love “ was a melodious gem. “Star” and “Hang on to Yourself” shameless rabble rousers before a towering “Ziggy Stardust” exploded into an incendiary “Suffragette City”. “Art Decade” and “Moon of Alabama” offered everyone a chance to catch breath, “Station to Station” plodded a bit, before an exhilarating home straight with “TVC15” a heady, crazy, pulsing joy.

So if you could stitch the first night’s first half, and the third night’s second half , together, we would have approached perfection. Belew was enigmatic on guitar. At the age of 27 he had been snatched from relative obscurity, and just months with Frank Zappa, to play to audiences he could only ever have hallucinated about, and at times it showed. His experimental guitar style lacked the fluidity of Fripp, his rock guitar was no Earl Slick or Ronson. Eno had been down to tour, but “ill health” kept him away. I do wonder what a difference he would have made from his more conventional replacements. Alomar assumed the role of MD is his absence, a very safe pair of hands indeed.

The shows, and tour, were an unquestionable success with Bowie himself at ease, and in control. The global stardom of Lets Dance was not too far away now- it showed.

This entry was posted in Classic Gigs. Bookmark the permalink.