Allan Jones – I Can’t Stand Up For Falling Down. A book review.

Posted on October 1, 2018 by garylongden

As a fifteen year old I did not anticipate that I would be reviewing professionally forty five years later. Newspaper journalism was tedious and dry, with the exception of Clive James. Popular music was both incredibly popular, and largely uncovered by the serious press. This offered an opportunity to those young men and women writing for the music weeklies, Melody Maker, New Musical Express and Sounds . That writing was off beat, irreverent and sometimes experimental. Amongst it, Allan Jones was the best.

The title is an Elvis Costello song title, and Elvis features quite frequently in this series of contemporaneous interviews and reports. There is not one album or live review, instead a series of encounters. He writes about people, the Police on tour in India, The Clash on tour in America, Neil Young in a plush London hotel suite, Bowie and Lou Reed falling out in a restaurant. 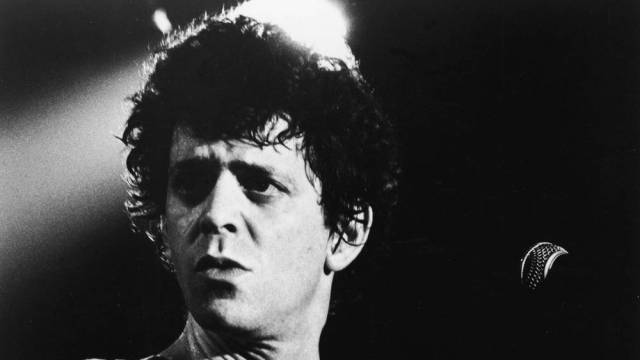 Lou was not the easiest dinner companion

His skill is making you feel as though you were there. I read most of these pieces when they were written. As a teenager his writing connected me to these stars, for better or for worse. His judgement on the pomposity of Sting and the Police was prescient, his disdain for Black Sabbath irrational, although it is unclear whether his mockery caused his beating by Tony Iommi, or whether it was a result of it. I still recall a live review in which he compared Ozzy Osbourne’s vocal skills to that of a braying donkey, with the donkey finishing ahead.

Music journalism as it evolved into the late 1970’s degenerated into narcissistic , nonsense, in much the same way as Prog Rock had a few years before. The Face and Smash Hits magazines would not have prospered otherwise. But Allan Jones, broadly, stayed the right side of the line. Opinionated and cock sure yes, but self -deprecating and self- effacing too, Crucially his writing made me laugh – it will make you laugh too.

The Pistols signing for  a hippy record company – what could go wrong?

Always well written, it is a joy to read, and a nostalgic trip down memory lane for those who remember the 1970’s and early 80’s from which this material is culled. It captures a fin de siècle too, before MTV, before multi format packaging, when the record companies needed the artists almost as much as the artists needed the record companies. The panic at Virgin when they realised what they had signed, and the despair of their A&R department, as the Sex Pistols landed in all their filth and fury, is worth the cover price on its own.

This entry was posted in Blog and tagged Allan jones, melody maker, nme. Bookmark the permalink.

1 Response to Allan Jones – I Can’t Stand Up For Falling Down. A book review.