The music for Cosi Fan Tutte was written by Mozart and is the star of the show, with the original libretto by Lorenzo Da Ponte, who also collaborated on Le Nozze di Figaro and Don Giovanni ,and was first performed in 1790, two hundred and thirteen years ago. Currently it is amongst the top twenty most performed operas on the world stage. The phrase “Cosi Fan Tutte” first appeared in Le Nozze Di Figaro , literally “ Thus do all [women]” but is popularly offered as “Women are like that”. This production by Paul Higgins is sung in English using Martin Fitzpatrick’s translation and is performed with brio and panache.

Designer Samal Blak juxtaposes a simple, sometimes Spartan set, with pleasing costuming, and colour dominated by pastels and creams. The intimate setting of the Grand Theatre is ideally suited to this opera with the entire set focused on a garden swing for the first act, the inspiration for which came both from artistic depictions of the Garden of Eden – with characters under a willow tree – and eighteenth-century paintings such as Fragonard’s The Swing. However the physical absence of even a potted plant in the second act meant that the stage and props manager were able to take the evening off. Its traditional 18th century setting in Naples is most welcome.

The narrative explores suspicion, infidelity and jealousy in light comic mood but with a dark subtext in which close friends are manoeuvred into seducing each other’s girl-friend, testing the dynamics and limits of relationships.Although the infidelity of women is exposed through the ladies falling to temptation, Despina brazenly encourages them to play the field and wise Don Alfonso, rather than making a moral judgement, simply reflects that “Cosi fan Tutte”.

Soprano Laura Mitchell plays Fiordilgi, one of Mozart’s Grande Donne, a demanding role with a range from the top of the stave plunging down to cellar deep low notes. The best known aria of the work “Come Scoglio”, in Act One, tested her early on with its taxing high tessitura ,but she was equal to it, she was even better in Act 2 with “Per Pieta”. Dorabella (Kitty Whatley) and Fiordilgi are convincing friends who fall in love with suitors, and are then duped by them. Whatley’s powerful mezzo-soprano occasionally dominated their duets, but it is soprano Paula Sides as housemaid Despina, who dominates the production and whose comic turns with the impressive Don Alfonso ( Richard Mosley Evans) are a highlight of the evening. Sides is the perfect buffa soubrette during “In uomini’ and excels in “Una donna a quindici anni”. Sassy and streetwise she makes the most of a wonderfully written part and revels in cameos as a physician and notary. 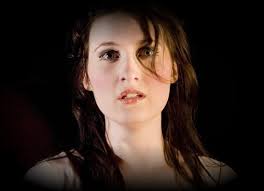 The suitors playing opposite the young women are Guglielmo (Toby Girling) and Ferrando (Anthony Gregory). Director Higgins offers a nod to Commedia dell’arte traditions in the semi-white face of Ferrando and Guglielmo before they assume their Albanian disguises of which Sacha Baron Cohen as Borat would have been proud. Anthony Gregory contrasts beauty in “un’ aura amorosa” with the anguish of “tradito, schernito” in accomplished style, but the on- stage rapport with co-conspirator Girling lacks conviction.Their lascivious desires are bawdily explored, not least with the opening scene in which both enthusiastically polish their pommels.

Duets, parallel thirds, imitation and reprise are all prominent features of Mozart’s score, Higgins does well to mix and match to get the best out of all concerned, the closing sextet with its subtle physical movement reinforces the sense of fluidity and change in an opera which is essentially a dramatic examination of love. The complexity and beauty of the musical score is a delight, although occasionally you sense that some of the vocal combinations are written simply so that Mozart can show off his talent rather than to advance the plot.

The orchestra was directed by James Burton who brought the best out of the sections with the woodwind for which Cosi is renowned, the clarinets were sonorous and soared. Cosi has been described as a a heartless farce with heavenly music, but its accessibility and popularity are beyond doubt and was enthusiastically received by an appreciative audience for an enjoyable production.

The ETO are touring Cosi Fan Tutte, Simon Boccanaegra and The Siege of Calais to Aldeburgh,Durham, Buxton, Cheltenham, Warwick, Perth, Cambridge, Guilford and Truro till the end of May.