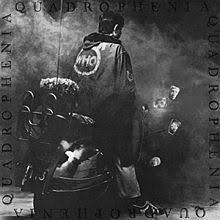 Quadrophenia is coming to Tamworth Assembly Rooms on May 24th and 25th 2013 with Tamworth Repertory Company in association with Fired Up Theatre, by kind permission of Pete Townshend and Paul Curran of Eel Pie Publishing. The project is being funded and supported by the Arts Council. It will feature new material by Simon Quinn and Staffordshire’s Poet Laureate, Mal Dewhirst, with choreography by Amy Radcliffe.

I have fond memories both of the album which I bought when it came out on vinyl and the Who whom I saw play live twice, once in 1978 and once in the late 1990’s. They were, and still are, a terrific live act.

The album has stood the test of time. Released in 1973, the Mods as mass movement was over. The Boot Boy, Skinhead and Suedehead cults had all superseded Mod in the public consciousness by the time Quadrophenia was released, but it still struck a chord and was a success both musically, then subsequently, as a film. Maybe, as youth culture became more shocking and violent, not least as portrayed in the film A Clockwork Orange, in 1971, there was already a sense of nostalgia for simpler times? 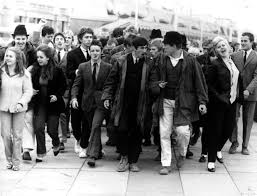 The late 1960’s and the 1970’s were the era of the concept album. Many were bloated awful examples of half baked self-indulgence, yet some shone, and endure. Quadophenia is one of those. Curiously there is only one hit single on the album, 5.15, which is not regarded as being amongst their best. But it is the entity which works. Several tried to create a rock opera, this and Jim Steinman’s Bat out of Hell come closest to succeeding in the rock pantheon.

The days of vinyl offered significant artistic advantages. Firstly the artwork on a double album offered four faces. Secondly here, Quadrophenia was to represent the four psyches of the band, on four sides, and the album was released in the era of quadraphonic sound. Some will point to the lack of well known songs. Others will counter that Quadrophenia is a whole best not sliced and cherry picked, and it is the themes and the reprised musical motifs which reward the listener.For me it is this that makes the album so satisfying.

The absence of hit singles is not the same as an absence of great songs. Love Reign O’er Me is majestic power rock which both ends the album and appears as overture. Bell Boy, sung on the album by Keith Moon is a comic delight in the same way that Master of the House is in les Miserables, and The Real Me is Roger Daltrey’s personal manifesto and a tour de force. 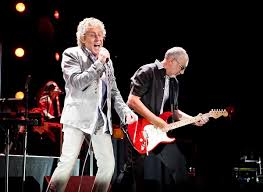 Daltrey and Townshend in action

The film came out in 1979 when the country had been swept again by the last great youth movement, Punk and was widely acclaimed. Its success was evidence that the material did not require contemporaneity to succeed, the themes of youthful alienation and rebellion had been captured in a way that transcended the moment.

A big advantage that the Tamworth production has is that the film was a specific screenplay and the album itself allows considerable leeway for interpretation which i am sure Director Simon Quinn will take full advantage of. In the next month or so I will be running an interview with Simon for a sneak preview as to how rehearsals are going, and what we should expect.