Erdington Library has been hosting a week long series of poetry workshops curated by Jan Watts, Birmingham Poet Laureate. This night was a showcase for those who had worked for four days to develop, and hone, their poetic skills. Reprising the success of last year’s writer’s retreat, a combination of absolute beginners and more seasoned campaigners gathered to showcase their efforts for the evening’s entertainment.

However this was no self-congratulatory love fest. Jan Watts herself demonstrated that she could walk the walk as well as talk the talk with a selection of her current favourites taking in the anti-war Spectacles to Sainsbury at Maypole. I see and hear a fair bit of Jan, and what is intriguing is that far from sitting on her laurels she has become more strident and energised as her year has unfolded, inspiring and cajoling other poets as she goes. 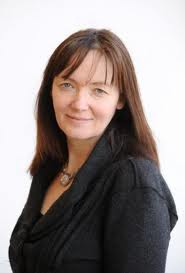 Maintaining Jan’s high standard was Julie Boden, a past Birmingham Poet Laureate whose work I have admired for some years now. Reading freely from her collection Cut on the Bias she educated with poems taking in different forms including Memories in a City Cafe, a sestina, Lady in Red (nothing to do with Chris De Burgh!) a triolet, and Singing Happiness, a daisy chain. The sestina is a structured 39 line poem consisting of six stanzas of six lines each, followed by an envoi of three lines. The words that end each line of the first stanza are used as line endings in each of the following stanzas, rotated in a set pattern. The triolet is a very brief, tightly rhymed eight line poem that, like the pantoum, takes part of its structure from the repetition of entire lines. The daisy chain is a poem that ends where it starts. All three were textbook examples of their forms. Memories in the Cafe was the most satisfying for me as the language did not seem to be controlled by the form, it was complimented by it, a difficult feat to execute.

Full time student Samantha Hunt set quite a marker with her visceral poem about child abuse, Telling Stories, whose opening stanza is: “It merges with rainy afternoons / Dripping through the past. /Where my Mother is clutching a worn teddy bear /In an empty room, drawing her knees up on the hollow bed /Where time has stopped and night is rushing in/Flushing hot on my cheeks.” Restrained, but honest, it is the gaps between the words which were the most potent.

And Sam was not alone in turning out some excellent work. Vera Gilbert impressed with At This Moment as did Kathryn Faulkner with her reflections on body image. Other poets romped through Monet, Iona and Rome in an impressive and confident display of poetic dexterity. All in all a fine recital by tutors and tutored alike.